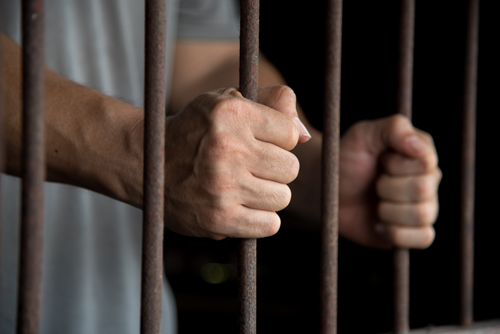 The number of people in jail has exploded right along with the drug epidemic in our country.

The National Council on Alcoholism and Drug Dependence (NCADD), along with many other institutions, states most inmates are in prison because of substance abuse. According to NCADD, approximately 60% of individuals arrested test positive for illegal substances at the time of arrest. Nearly half of those incarcerated are clinically addicted, and 80% of all crimes stem from drug or alcohol abuse.

Addiction does not go away in jail.

Those who commit crimes under the influence of drugs or alcohol have underlying problems that need to be addressed. The U.S. Justice Department claims that two-thirds of those in jail for drug related crimes will return to prison within three years of being released, therefore becoming repeat offenders. Of these, half are sent back to prison for failing a drug test while on probation or parole.

Incarceration is expensive and does not seem to change things for the better. In a study published in Crime & Delinquency, researchers found that if just ten percent of offenders were treated in a drug treatment program instead of going to prison, the justice system would save $4.8 billion. If forty percent received drug treatment, the total savings would be around $12.9 billion. Gary Zarkin, vice president of the Behavioral Health and Criminal Justice Research Division at RTI said, “Given the obvious burden on the criminal justice system and society caused by substance abuse within this population, diverting offenders to effective and targeted substance abuse treatment leads to less drug use, fewer crimes, and cost savings.”

Are you ready to find out more about our drug detox center in Georgia? Contact us 24 hours a day at 888-979-2140, where our experienced and trained staff can help get you on the road to lasting recovery.

References:
Choosing Substance Abuse Treatment Over Prison Could Save Billions.