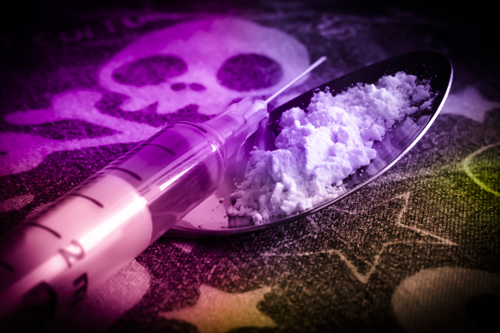 Heroin falls into the class of drugs called opioids and is derived from the same type of poppy plant that is used to produce similar drugs, such as morphine.

While the drug has been around (in the United States) since the last decade of the 1800s, its impact has increased over the last 30 years. The National Institute on Drug Abuse (NIDA) and the Drug Enforcement Agency (DEA) have linked this increase in heroin abuse to the substantial rise in prescriptions for opioid painkillers written by doctors, beginning in the 1990s. Individuals who become addicted to prescription painkillers are often known to switch to heroin, as it is easier to get and cheaper. In fact, according to the American Society of Addiction Medicine (ASAM), four in five new heroin users started out misusing prescription painkillers, and 94% of respondents in a 2014 survey of people in treatment for opioid addiction said they chose to use heroin because prescription opioids were “far more expensive and harder to obtain.”

What are some heroin addiction statistics?

Who is abusing heroin and where? According to the National Survey on Drug Use and Health (NSDUH), in 2012 about 669,000 Americans reported using heroin in the past year, a number that has been on the rise since 2007. Mind you, those are the reported numbers, meaning the true numbers are likely higher. More recent heroin addiction statistics show that of the 20.5 million Americans 12 years or older who had a substance use disorder in 2015, 591,000 had a substance use disorder involving heroin, with another 2 million involving prescription pain relievers. Heroin use no longer predominates solely in urban areas as it did in earlier decades. Several suburban areas began seeing an influx of heroin in the late 1990s, and many rural communities report increasing amounts of heroin seized by officials, as well as an increasing number of overdose deaths due to heroin use. According to the NIDA, heroin use is also on the rise in many urban areas among young adults aged 18-25. Individuals in this age group seeking treatment for heroin abuse increased from 11 percent of total admissions in 2008 to 26 percent in the first half of 2012. The heroin threat is particularly high in the Northeast and Midwest areas of the United States.

According to the 2016 National Drug Threat Survey (NDTS), 45 percent of respondents reported heroin was the greatest drug threat in their area, more so than any other drug.

Some other heroin addiction statistics refer to the overdose epidemic the United States has been experiencing in recent years.

According to the ASAM, drug overdose is the leading cause of accidental death in the U.S., with 52,404 lethal drug overdoses in 2015 with 12,990 of those deaths related to heroin. The other 20,101 overdose deaths were related to prescription pain relievers.

To find out more about services offered by Willingway addiction rehab detox in Georgia, contact us 24 hours a day at 888-979-2140, and let us help you get started on the road to recovery.