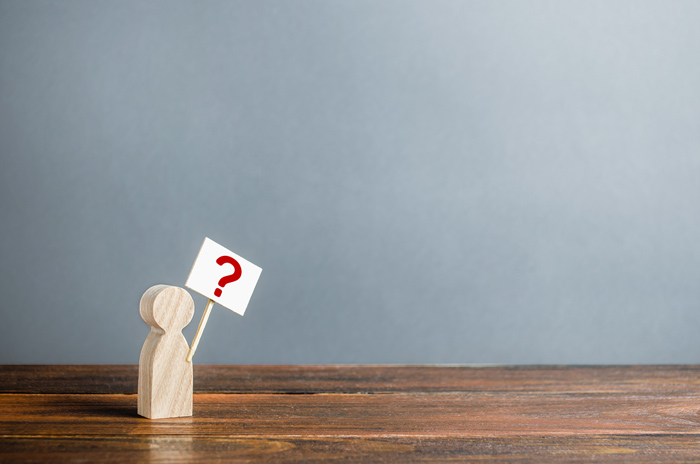 For people who believe in the power of positive affirmations, the words you choose and how you identify yourself have great influence. Psychologists believe affirmations help you reprogram the subconscious mind, which is essential to “the actualization of our lives and the manifestation of our desires.” The positive language used in these statements can be inspirational, goal-oriented nuggets of attainable self-change.

And although some people might think affirmations are all whoo-hoo nonsense, science suggests otherwise. As one example, Positive Psychology points to various scenarios, such as MRIs in study subjects that demonstrate an increase in neural pathways when people are involved in self-affirmation tasks. Other research indicates they reduce “health-deteriorating stress and rumination, make us more resilient, and reconstruct better life narratives.

Now, consider the impact of negative self-talk, which is sometimes referred to as the “bully in your brain.” Science doesn’t consider this hooey at all, citing all types of adverse reactions, such as elevation of the stress hormone cortisol which, combined with altered neurotransmitters, significantly impacts cardiovascular and digestive health, moods, and motivation.

In the world of recovery, some experts believe using the terms “alcoholic” and “addict” are forms of negative self-talk that actually prohibit successful recovery. We look at some reasons why.

Is This Your Identity?

The concept of substance use disorder has evolved over the decades. Conventional thinking of the past considered alcohol and drug use as moral failings, with stigmatic judgments passed accordingly.

Any type of language that slaps an identifier on someone, such as “He/she is a loser, bitch, bum, control freak, slacker…” and so on attempts to categorize a person’s inherent self. This is, according to some experts, one of the reasons why stigmas damage the possibility of addiction treatment and recovery.

Think about the following slang words and ask yourself: is this who I am? Would I want to be referred to in this way?

What image forms in your mind when you think about these labels? How negative are the implications? Now consider whether the terms alcoholic or addict are any different, and how you see yourself when you use them.

How Addiction Scientists Are Changing the Conversation

There’s been a slow evolution away from certain terminology as advances in addiction science continue to demonstrate conditions as brain diseases and not simply personal or moral choices. Consider:

This change in language doesn’t negate the consequences of someone’s actions: it only strives to separate a person’s identity from a person’s behavior. In this way, it reiterates that a human being is capable of seeking treatment and changing or managing behavior, rather than being ashamed of who they are.

The labels referenced above and others stigmatize an individual–and worse, according to research by Michael P. Botticelli, shape medical and societal judgment. Botticelli is the executive director of the Grayken Center for Addiction at Boston Medical Center. He purports that labeling terminology “leads some clinicians, knowingly or unknowingly, to resist delivering evidence-based treatment services. This is not just about being politically correct—there’s scientific evidence to show that language matters. We know stigma plays a huge role in why some people with substance use disorders avoid or delay seeking treatment.” Botticelli is spearheading a federal effort to use “person first” language when discussing someone with substance or alcohol use disorder.

Other researchers, such as Adi Jaffe, state that labels such as addict or alcoholic increase someone’s feeling of shame, and shame feeds into a negative self-concept. When this happens, people think they’re the problem, instead of human beings dealing with a problem. Jaffe believes this creates a more serious helplessness spiral, such as “If I’m an addict, then I’ll always be an addict.”

The Research Recovery Institute, led by John F. Kelly, the first endowed professor of addiction medicine at Harvard University, believes so strongly in the power of addiction identity that it’s developed the “Addictionary“, a glossary of revised addiction science terminology and alerts to stigmatizing language: “The words we use matter. Caution needs to be taken, especially when the disorders concerned are heavily stigmatized as substance use disorders are.”

The Partnership for Drug-Free Kids notes that just as we no longer call someone an asthmatic, a diabetic, or cancerous, addiction language should refer to people with a health condition so that they’re not “defined or labeled by their disease or illness.”

The Opposite Point of View

Not everyone thinks the terms alcoholic, addict, or substance abuser are harmful. In fact, founders of other inpatient rehabilitation centers have been interviewed defending such terminology, because they feel if they forget for one moment who they are and how self-destructive the disease is, they’ll revert back to previous behaviors.

Much of the literature for Alcoholics Anonymous and Narcotics Anonymous still use the terms alcoholic and addict, although some members are trying to change this because of the negative connotations.

And for some people in recovery, calling themselves an addict or an alcoholic provides a benchmark of tough reality. This personal blog post by a member of the support group S.A. Lifeline sparked interesting discussion about the pros and cons of the label.

Start Your Own Discussion in Our Community Care Groups

Throughout the Southeast, Willingway hosts informal weekly support gatherings to educate and inform people about substance use disorder and freedom through recovery. This would make an excellent round-table topic! Find a meeting close to you.

To find out more about services offered by Willingway, detox facilities in Statesboro, Georgia, contact us 24 hours a day at 888-979-2140, and let us help you get started on the road to recovery.