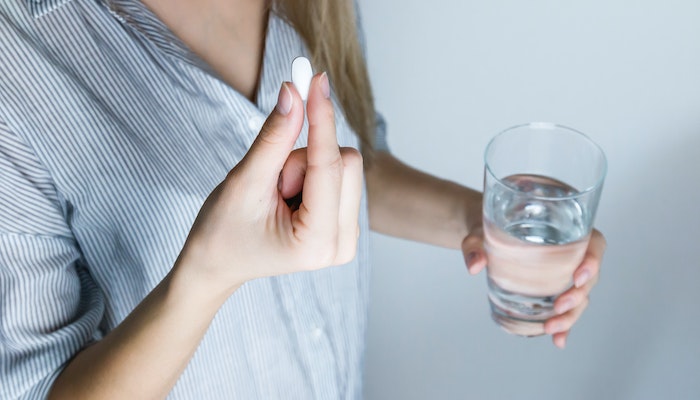 Valium, first approved by the U.S. Food and Drug Administration in 1963, is a drug often prescribed for conditions such as alcohol withdrawal, anxiety, muscle spasms, seizures, and sleep disorders. However, some people develop Valium dependency, and recovery can be complicated. Here’s what you should know.

Valium and Ducene are brand names of the generic prescription drug diazepam. Classified as a long-acting benzodiazepine—which has a street name of benzo—diazepam works by enhancing the brain chemical gamma-aminobutyric acid, or GABA. GABA sends signals through the central nervous system to induce a feeling of calm.

This is why Valium can be helpful medication for people with anxiety or insomnia. Physicians also prescribe it to individuals to help control restless leg syndrome as well as seizures, such as those associated with epilepsy or cerebral palsy. Additionally, in some cases, people undergoing addiction rehabilitation for alcohol use disorder might be prescribed small doses of Valium to reduce feelings of mental, emotional, and physical irritation during withdrawal. This drug can also be administered in dental or medical pre-surgical situations to help patients relax before procedures, as its effects generally last 20–100 hours.

Depending on the intended use, Valium is prescribed in tablet form, as a liquid concentrate, or as an injected solution or rectal gel. While condition control varies, it’s rarely part of a long-term health management plan. Most physicians suggest that patients use the drug for approximately four-to-six weeks for certain medical issues, as continuous use reduces effectiveness but increases addiction risk.

The Drug Enforcement Administration categorizes all types of benzodiazepines—including Ativan, Hacion, Klonopin, Librium, Valium, and Xanax—as Schedule IV drugs, “with a low potential for abuse and low risk of dependence.” Other street names for Valium and various benzodiazepines include downers, Blue Footballs, Blue Vs, Pin, tranks, Yellow Vs, Vs., Zanbars, and Zannies.

While technically considered a low-risk drug, the DEA also indicates that “abuse is frequently associated with adolescents and young adults who take the drug orally or crush it up and snort it to get high. Abuse is particularly high among heroin and cocaine users. Additionally, opioid users often co-abuse benzodiazepines to enhance euphoria.”

Even when prescribed by a health care provider, people can also develop Valium addiction because of using more of the drug than advised, whether by quantity or frequency, or because their bodies develop an intolerance to it, causing them to take more of the medication to receive the same effect.

Since Valium can stay in your system for up to one week, using multiple substances is risky as well. Unfortunately, a combination of various benzodiazepines, alcohol and, in some cases, opiates, have contributed to numerous fatal celebrity overdoses in recent years, including Whitney Houston, Amy Winehouse, Heath Ledger, Tom Petty, Adam Goldstein, Lil’ Peep, and Michelle McNamara. For those who do survive, such as Friends star Matthew Perry shared in his 2022 memoir, many recount a harrowing life filled with numerous health problems as a result of addiction.

Symptoms of Valium addiction include:

More serious medical issues are often the result of intravenous use and include:

Fortunately, with the proper treatment and an individual continuum of care plan, withdrawal from Valium isn’t as complicated as some might fear. Often people are concerned about the process of detoxification and rehabilitation, so researching ahead of time and talking with experts helps demystify the process.

Keep in mind, no matter what the substance is, it takes a toll not just on physical health, but also on mental and emotional health. So depending on the level of addiction, someone might experience physical withdrawal symptoms such headaches, body aches, mood swings, fatigue and other issues during detoxification that last 3–10 days.

During and after that time is ongoing care to address thoughts and feelings pertaining to addiction, including risk factors that led to the disorder, how someone handles withdrawal, and the ways they can move forward in recovery.

For more than 50 years, our board-certified professionals have helped both adults and adolescents create promising drug-free and alcohol-free lives. Reach out to a member of our admissions team today to see how we can do the same for you or someone you love.

Looking for a top drug rehab in Georgia? To find out more about services offered by Willingway contact us 24 hours a day at 888-979-2140, and let us help you get started on the road to recovery.