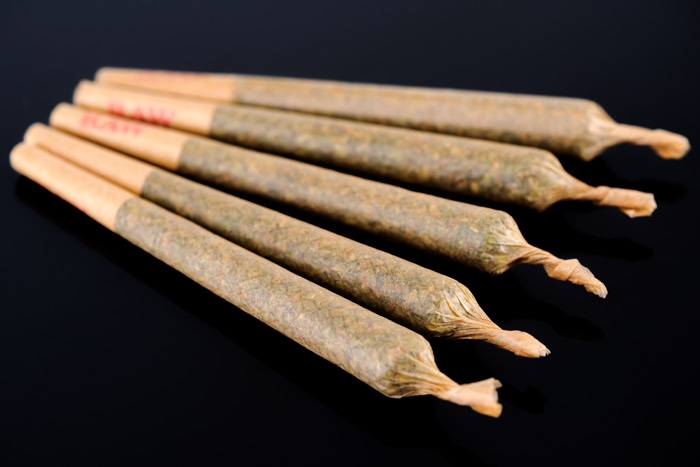 As more states legalize marijuana, especially for medical use, it’s easy to be confused about whether this drug is safe or has risks like many other substances. Here’s the bottom line: just like tobacco or alcohol, marijuana might be legal in some places, but there’s a lot to learn about its impact, especially for people with alcohol use disorder (AUD) or substance use disorder (SUD).

For centuries, ancient civilizations have used cannabis in numerous ways. History states that “the cannabis or hemp plant originally evolved in Central Asia [around 500 BC] before people introduced the plant into Africa, Europe and eventually the Americas. Hemp fiber was used to make clothing, paper, sails and rope, and its seeds were used as food.”

Primitive people also used more mind-altering properties of cannabis in healing and religious ceremonies. In the U.S., marijuana products were often prescribed by physicians for a variety of ailments until it was federally outlawed in 1937.

There are three different species within the Cannabaceae (cannabis) family: indica, sativa, and ruderalis. Marijuana, derived from any of the three, contains more than 0.3 percent of delta-9-tetrahydrocannabinol or THC, according to U.S. regulations. This amount or more of THC is a hallucinogen, altering brain chemistry to the point of intoxication. The U.S. Drug Enforcement Administration (DEA) classifies marijuana as a Schedule I substance under the Controlled Substances Act, meaning “that it has a high potential for abuse, no currently accepted medical use in treatment in the United States, and a lack of accepted safety for use under medical supervision.”

More About the Plant

People might smoke or ingest components from marijuana, including dried flowers (“buds”), leaves, seeds, and stems, as well as oils made from these. The DEA states that street names for marijuana include Aunt Mary, blunts, chronic, dope, ganja, grass, hash, herb, Mary Jane, pot, reefer, and weed.

According to History, the U.S. Food and Drug Administration (FDA) “approved two drugs with THC that are prescribed in pill form, Marinol and Syndros, to treat nausea caused by cancer chemotherapy and loss of appetite in AIDs patients.” Georgia legislators authorized limited medical marijuana oil in 2015, and in 2021, approved six medical marijuana dispensary licenses to distribute products for registered users. However, recreational marijuana use is still illegal in Georgia.

Are Marijuana & Hemp the Same Thing?

Marijiuana shouldn’t be confused with hemp. Also derived from the sativa cannabis species, renewable hemp has been used for centuries all over the world for a variety of industrial uses, including in the U.S. But during the Nixon administration of the 1970s, hemp was miscategorized as an illegal substance.

Only within the past couple of years has the U.S. Department of Agriculture once again legalized the agricultural and industrial use of hemp (with certain stipulations) to develop a variety of commodities like those manufactured before, including foodstuffs; rope and other textiles; plastics and biofuels; and most recently, non-hallucinogenic cannabinoid, or CBD, products.

U.S. regulations indicate industrial hemp must contain 0.3 percent or less of THC, but it’s ultimately up to the DEA as to whether hemp with higher levels is still legal for certain applications.

According to the DEA, the FDA, and the National Institute on Drug Abuse (NIDA), marijuana is still an illicit drug, which is one of the reasons why it hasn’t been federally legalized for recreational use.

Some studies indicate that early use of the drug “primes the brain to enhanced responses from other drugs,” according to the NIDA. Conversely, this can happen with other drugs as well as alcohol and nicotine. So while marijuana isn’t exactly a “gateway drug” any more than other substances, it’s growing accessibility for and increased use by people under 18 concerns some researchers. Here are more facts about today’s marijuana.

Although factors leading to addiction vary widely, individuals develop MUD when their use of the drug interferes with daily life and they can’t stop. This is because marijuana alters brain chemistry and behavior, just AUD or SUD.

A person develops a dependency on it and experiences withdrawal symptoms if they stop using it. The NIDA indicates that “people who use marijuana frequently often report irritability, mood and sleep difficulties, decreased appetite, cravings, restlessness, and/or various forms of physical discomfort that peak within the first week after quitting and last up to 2 weeks.”

Experts believe people who have used some form of marijuana product nearly every day for 10 years or longer likely have MUD. If their lives are negatively affected, it might be time for professional addiction treatment at an inpatient rehabilitation facility or through qualified outpatient services. Additionally, if parents are concerned about their teen’s marijuana use, they should speak with addiction specialists.

At Willingway and The Pines at Willingway, our board-certified staff can care for your family and provide whole-person care to create a drug-free future of wellness. Talk to one of our admissions professionals today.

Are you or someone you love looking for drug rehab in Georgia? To find out more about services offered by Willingway contact us 24 hours a day at 888-979-2140, and let us help you get started on the road to recovery.