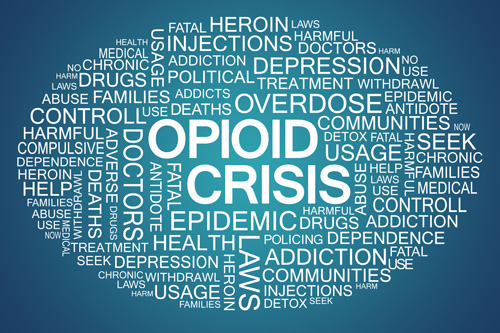 Part one of a three part series on opioids in Georgia.

Reading about drug addiction can be an emotionally draining exercise, especially when you’re researching on behalf of your own substance use disorder or a loved one’s.

While we try to gather as much information as possible, it can be productive to take a step sideways and learn a little more about the drugs themselves.

As in many states nationwide, Georgia is experiencing a steady and alarming rise in abuse and deaths from one type of substance in particular: opioids. The history of opioid use is complex and dates back to early human civilization, thousands of years ago.

First, though, let’s look at what these drugs are. The most common image of an opioid is that of a hypodermic needle filled with heroin. However, a broader definition is necessary. The American Society of Addiction Medicine provides one that encapsulates different forms the drug takes today: “Opioids are a class of drugs that include the illicit drug heroin as well as the licit prescription pain relievers oxycodone, hydrocodone, codeine, morphine, fentanyl and others.”

If we go back in time, we can learn how a simple plant turned into such a powerful substance.

The Atlantic put together a fascinating and straightforward infographic of humanity’s relationship with opium. Recorded evidence suggests that as early as 3400 BCE, the ancient Sumerians cultivated an opium poppy crop.

Around 400 BCE, Hippocrates, known as “the father of medicine,” prescribed the juice of white poppy as part of a remedy for treating internal diseases. The risks of opioids were not yet understood.

Fast-forwarding a few millennia to 1806, it was then that a German chemist named Friedrich Wilhelm Adam Sertürner isolated the active ingredient in opium to produce morphine. Morphine became one of the most used pain-relievers during the American Civil War. Rampant addiction ensued. Thousands of soldiers struggled with morphine-use disorders after the war ended.

A surprising solution to these addictions was found in heroin, invented in the last years of the nineteenth century. The Saint James Society distributed free samples of heroin throughout the U.S. This new opioid was believed to be a safe treatment for morphine addiction.

Over the next decades, better understanding of opioids’ harmful effects generated legislation in an attempt to control the distribution and consumption of the drugs. For example, it wasn’t until the 1924 Heroin Act that it became illegal to prescribe and sell heroin. Other derivations of opioids were developed as its predecessors, such as oxycodone, vicodin, and fentanyl.

Through legal and illegal channels, opioids became commonplace in every state of the union, including Georgia.

The Vietnam War brought with it a resurgence of heroin abuse among servicemen. In the 1990s, the purity of opioids available on the streets improved, increasing use. By the 2000s, the FDA had approved multiple new prescription opioids, all of which could be misused.

Meanwhile, concerned healthcare providers rallied to provide innovative treatments for the millions affected by this growing substance use problem. One such example of this care was the founding of Willingway in 1971 by Dr. John and Dot Mooney.

Willingway’s home state of Georgia has recognized the need to regulate the distribution and use of dangerous substances since the early 1900s. “The Georgia Drugs and Narcotics Agency (GDNA) was created by the General Assembly in 1908…The office was created to ensure and protect the health, safety and welfare of Georgia citizens by enforcing Georgia laws and rules pertaining to manufactured or compounded drugs and to ensure only licensed facilities or persons dispensed or distributed pharmaceuticals.” Read more about this agency on their website.

Another Georgia-based organization has taken initiative to combat the spread of opioids and other drugs with careful research and education campaigns. For those reading who want to learn more about the Georgia Prevention Project and their Substance Abuse Research Alliance (SARA), take a look at this white paper published for 2017. You can also stay tuned to this blog for the third part of this series on the opioid epidemic; it will focus on how treatment for opioids in Georgia is evolving.

Next week, part two will take a closer look at the trends of opioid use and how addiction is continuing to grow in the state.

To find out more about services offered by Willingway treatment for opioid addiction in Georgia contact us 24 hours a day at 888-979-2140, and let us help you get started on the road to recovery.