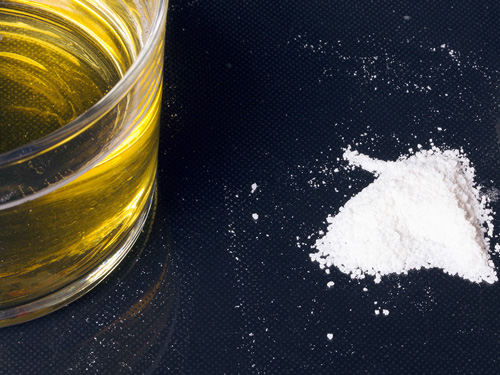 There has been a lot of controversy about Palcohol (powdered alcohol), which was invented by Mark Phillips, the president of the Lipsmark Company.

Phillips claims the use of Palcohol is convenient for instances such as shipping, hiking, and getting alcohol into venues that overcharge for a drink. In April 2014, the U.S. Alcohol and Tobacco Tax and Trade Bureau approved labels for the product. Since then, over 27 states, including Georgia, have banned it on the premise that it is dangerous. 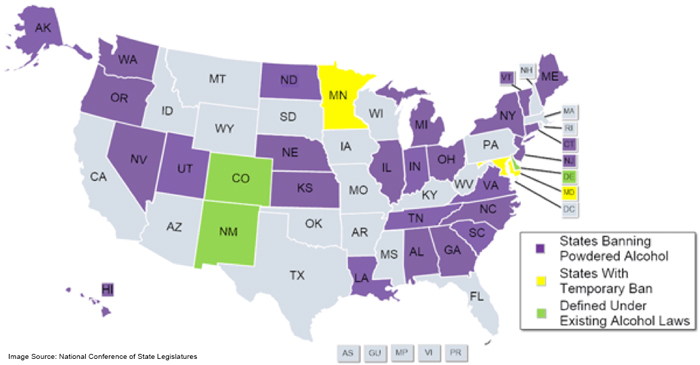 They believe people will use the powder to spike drinks or snort it to get drunk quicker; they also argue that it will further entice young people to drink.

The recipe has not been shared by the company, but Paul Adams, a senior editor at Popular Science, has made and tested a powdered recipe of his own that he believes is similar to Phillips’ Palcohol. Since alcohol cannot be transformed into a powdered form, measured amounts of high-proof alcohol are added to a powder that it can bond to. Adams used a substance called tapioca maltodextrin, then added grain alcohol.

About 30 grams of powder mixed into roughly 200 milliliters of liquid such as juice, soda, or water, will give you a mixed drink. If you drink enough of this mix, you will get drunk.

For those concerned about people snorting it, those who have tried snorting report that it is very painful. It immediately closes up the nostril so that one cannot breathe out of it, and it causes nosebleeds. One would have to snort more than 30 good-sized lines to get the equivalent of one drink. So, the fear of Palcohol being snorted isn’t valid.

All in all, if someone wants to get drunk it is much easier to drink the liquid form of alcohol than to use the powdered form. And for someone in recovery from alcohol addiction, powdered alcohol is just as dangerous as other alcoholic substances.

For more information about our Georgia alcohol rehab facility, contact us 24 hours a day at 888-979-2140. Our experienced and trained staff can help get you on the road to lasting recovery.