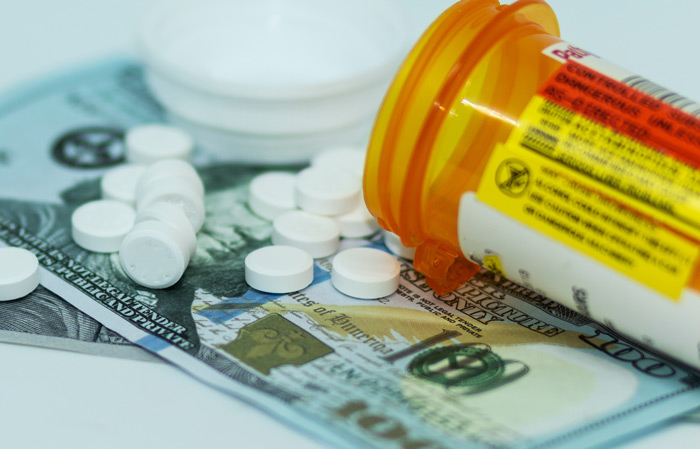 In 2020, according to Georgia’s Office of the Attorney General, our state was “among the top 11 states with the most opioid overdose deaths, and 55 Georgia counties have an overdose rate higher than the national average.” There are numerous narcotics that put people at risk, and oxycodone is one of them.

Like other opiates such as codeine, heroin, and morphine, oxycodone is derived from opium, a milky substance excreted by the poppy plant and later dried into a resin, or produced from mature and dried plants. The National Drug Intelligence Center (NDIC) indicates that “oxycodone is manufactured by modifying thebaine, an alkaloid found in opium.” In generic form, it’s known as oxycodone hydrochloride, but you might be more familiar with it by the brand names OxyContin, Percocet, Percodan, and Tylox.

NDIC states that “oxycodone is a central nervous system depressant,” resulting in responses such as analgesia, euphoria, and respiratory depression. This is one reason why it and other opiates are considered such effective prescription pain relievers. However, they not only block pain signals but also mimic the brain’s neurotransmitters, so people who take these drugs more than prescribed, for long periods, or illicitly can develop a tolerance or resistance to their effects—a condition known as hyperalgesia, which might even increase pain sensitivity.

When first introduced in the mid-1990s, semi-synthetic drugs such as oxycodone seemed to be the answer for chronic pain. But because of the long-term risks of addiction, this wasn’t the case. In fact, as this Nature article points out, “the claim that OxyContin was less addictive than other opioid painkillers was untrue—Purdue Pharma knew that it was addictive, as it admitted in a 2007 lawsuit that resulted in a $635 million fine for the company.”

Since then, Purdue Pharma and its owners, the Sackler family, have been fined nearly $6 billion for the duplicitous representation of oxycodone and other opiates—considered by many to be the root of the opiate crisis. Although it wasn’t the only opiate manufacturer, Purdue Pharma’s practices were considered the most predatory and misleading, especially regarding OxyContin.

An extensive March 2022 article in the New York Times indicates Purdue Pharma and key subsidiaries will be sold to form a new company, Knoa Pharma, overseen by a public board, instead of members of the Sackler family. “The restructured, public benefit company would contribute funds for the plaintiffs’ programs, plus more as Knoa evolved into a manufacturer of medications for addiction reversal and treatment, among other drugs, including OxyContin.”

Further, according to the recommendation of Judge Shelley Chapman of federal bankruptcy court, Sackler family members are required to attend a hearing “that would allow people who suffered from addiction to OxyContin to describe what they had endured.”

Production of Oxycontin is being discontinued, but other prescription drugs containing oxycodone remain. In 2022, STAT reported the Centers for Disease Control (CDC) is adjusting its 2016 stance about opioids to provide health care professionals better opportunity to administer and reduce medication to manage chronic pain and palliative care more effectively. “The newer guidelines still say that ‘opioids should not be considered first-line or routine therapy for subacute or chronic pain’ and note that other treatments are often better for acute pain as well. Doctors should prioritize non-opioid medications and interventions like exercise and physical therapy, according to the recommendations.”

Opiates Are Still a Problem

The Drug Enforcement Agency (DEA) lists oxycodone products within Schedule II of the Controlled Substances Act, defined as “drugs with a high potential for abuse, with use potentially leading to severe psychological or physical dependence. These drugs are also considered dangerous.”

Street names for oxycodone include hillbilly heroin, kicker, OC, ox, oxy, Perc, and Roxy. Even if prescription oxycodone drugs are less available, illicit operations still try to manufacture an illegal form of them. Additionally, these drugs may be boosted with synthetic fentanyl.

Health care professionals often rely on prescription fentanyl to manage post-surgical chronic pain. However, the DEA states “Fentanyl is a Schedule II controlled substance that is similar to morphine but about 100 times more potent. Patients prescribed fentanyl should be monitored for potential misuse or abuse.”

Where to Turn For Help

For immediate assistance, Georgia residents in crisis due to substance use disorder or mental health issues can call for help on the Georgia Crisis and Access Line: 1-800-715-4225.

In 2021, GPB reported that “some people might receive a therapeutic discernment conversation to understand whether the need is urgent. Some people will be able to schedule an appointment for the following day, and successfully avert the crisis. Others will require a professional from a mental health crisis team to find a bed in a place with detoxification or ‘crisis beds’.”

In July 2022, people all over the U.S. will have access to 988—a three-digit emergency line for a mental health or substance use crisis.

If you or a loved one needs treatment right now, reach out to the professionals at Willingway. Our medically-managed alcohol, drugs, and methadone detoxification process reduces the impact of severe withdrawal symptoms. This allows the necessary clarity to move forward with other stages of addiction treatment for whole-person healing.

Looking for methadone detox in Georgia? To find out more about services offered by Willingway contact us 24 hours a day at 888-979-2140, and let us help you get started on the road to recovery.