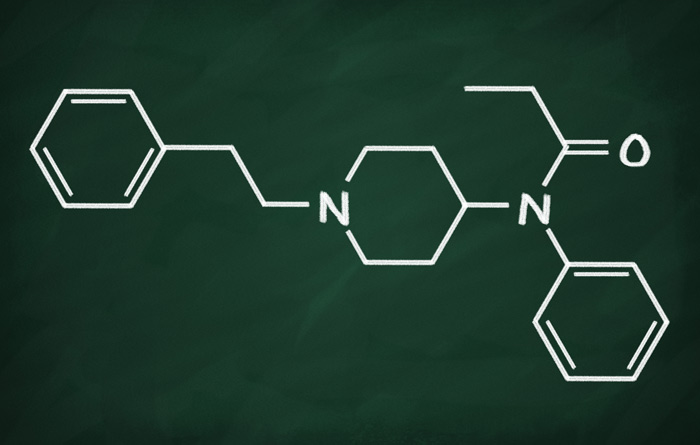 Just when we thought the fight against opiates was winding down, fentanyl continues to make grim headlines. Teenagers buying fentanyl through social media. West Point cadets dying from overdoses of fentanyl laced with cocaine. And according to the Georgia Department of Health in March 2022, “Fentanyl-related overdose deaths have been increasing in Georgia since the start of the COVID-19 pandemic. Between May 1, 2020 and April 30, 2021, fentanyl-involved overdose deaths increased 106.2% compared to the same time period the previous year.”

The National Institute on Drug Abuse (NIDA) reports that fentanyl “is a powerful synthetic opioid that is similar to morphine but is 50–to–100 times more potent.” It’s primarily manufactured in Mexican labs with chemicals which mimic the natural opiate effects of the poppy plant.

Fentanyl is medically prescribed to treat post-surgical or chronic pain under the pharmaceutical brand names Actiq, Duragesic, and Sublimaze. It’s also become a radical illegal street drug, often manufactured with other substances such as cocaine, heroin, MDMA (also known as the club drugs ecstasy or molly), and methamphetamine.

Currently, the United States Drug Enforcement Administration (DEA) categorizes fentanyl as a Schedule II narcotic, which means it has an accepted medical use with possibly severe restrictions. This classification also means it has a high rate of abuse and physical or psychological dependence.

In September 2021, the agency issued its first Public Safety Alert in six years in order to warn Americans about the catastrophic risks of fentanyl pills mixed with methamphetamine and resembling prescription medication. “DEA laboratory testing reveals a dramatic rise in the number of counterfeit pills containing at least two milligrams of fentanyl, which is considered a lethal dose,” the agency indicated. “A deadly dose of fentanyl is small enough to fit on the tip of a pencil.”

Why Is Fentanyl So Addictive?

Like other opioid drugs, fentanyl impacts the body’s endogenous opioid system—internal receptors for regulating pain and pleasure. It overflows the chemical signaling within the nervous system and produces more dopamine. This neurotransmitter helps regulate areas of the brain involved in reward-seeking behavior, attention, and mood.

When someone uses fentanyl or other opiates repeatedly, the brain is desensitized to any other forms of pleasure—one of the primary factors of compulsive behavior that lead to addiction. If any other risk factors are present, such environmental stressors and heredity, this compounds the likelihood of rapidly developing the disease.

Fentanyl is also extremely dangerous and unpredictable. In addition to manufacturers’ cutting it with other drugs, the DEA notes that “two milligrams of fentanyl can be lethal depending on a person’s body size, tolerance, and past usage. DEA analysis has found counterfeit pills ranging from .02 to 5.1 milligrams (more than twice the lethal dose) of fentanyl per tablet.” Additionally, more than 40 percent of pills tested for fentanyl contained at least two milligrams. So even if someone hasn’t used fentanyl for long, they can still overdose and die.

This is why the agency created the One Pill Can Kill awareness campaign to help individuals recognize counterfeit pills.

Although people take fentanyl to experience intense but short-lived euphoria, the NIDA indicates people frequently experience the following side effects:

Overdoses are also common with this drug, often causing a serious respiratory condition called hypoxia, which decreases the amount of oxygen to the brain. Hypoxia can lead to a coma, permanent brain damage, and death.

Unfortunately, the drug’s withdrawal symptoms appear within a few hours after a person’s last dose and are incredibly difficult—a driving factor to repeated use. They include:

Most inpatient rehabilitation treatment facilities help clients by administering comprehensive medically managed detoxification to ease the transition from physical discomfort to clarity. However, depending on the level of substance abuse, this process can take at least a couple of weeks. Then, the real healing can begin.

Without a doubt, recovering from fentanyl addiction is a detailed process. This particular drug is so damaging, so quickly, it takes a board-certified staff of medical professionals to immediately address surface factors so an individual can stabilize. Then, they work together to create an individualized treatment plan that enables a person to not only recover from the drug’s effects, but also get to the center of their addictive behavior and resolve it for a better life.

Talk to a member of our admissions team at our Statesboro, GA, rehab any time, day or night, if you or a loved one needs our help.

Considering opioid treatment in Georgia? To find out more about services offered by Willingway contact us 24 hours a day at 888-979-2140, and let us help you get started on the road to recovery.