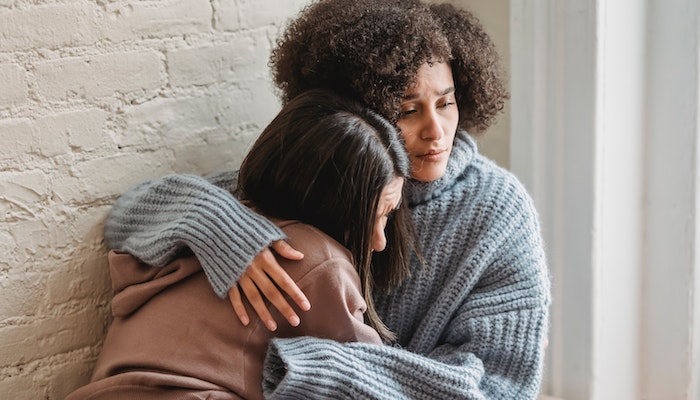 According to the most recent statistics from the American Foundation for Suicide Prevention (AFSP), there are approximately 130 suicides daily in the U.S. White males have the highest risk rate in our country, comprising about 70 percent of all suicides as of 2020. Additionally, more than 800,000 people throughout the world take their lives each year—and again, the rate is about twice as high for men of all cultures than for women.

What Is World Suicide Prevention Day?

The International Association for Suicide Prevention (IASP) indicates that “for every suicide, there are many more [individuals] who attempt suicide or have serious suicidal ideation.” The loss of life is one tragedy—unfortunately, suicides have an extreme ripple effect among surviving family members and friends, creating even more residual trauma.

A suicide can affect coworkers, church members, and schoolteachers and students, among others. According to a study shared by the National Alliance on Mental Health, it’s estimated that “115 people are exposed to a single suicide, with one in five reporting that this experience had a devastating impact or caused a major-life disruption.”

So in 2003, IASP launched World Suicide Prevention Day as a joint initiative with the World Health Organization. This advocacy effort on September 10 of each year is dedicated to not only raising awareness about suicide, but also reducing its stigma to help prevent it. The day is now observed in more than 60 countries, often marked by news conferences, special events, and the “Light a Candle” campaign: people light a candle by a window at 8 p.m. that day “to show support for suicide prevention, to remember a lost loved one, and for the survivors of suicide.”

Why does this major global suicide awareness effort matter? Here are additional U.S. statistics from AFSP, which we provide verbatim:

In Georgia, according to AFSP data reported in early 2022, four times as many people died from suicide in the state than motor vehicle accidents. It’s also the third leading cause of death for residents 10–24 and 25–34. Additionally, 49 percent of all firearm deaths were suicides. Georgia also has few to no laws or initiatives requiring:

Without a network of support, both personal and professional, it’s all too easy for someone to think taking their life is the only option.

Unfortunately, there’s not one clear-cut cause for suicide. Mental health experts think there are often many aspects that contribute to growing despair and frustration, and perhaps a feeling of being trapped and not seeing a way out of an overwhelming situation.

That said, AFSP highlights depression and substance use as major risk factors, as well as anxiety. Also saddening: researchers believe a family history of suicide may be linked to individuals who have suicidal thoughts or continued contemplation.

World Suicide Prevention Day helps people understand what to look for in themselves and others, and be assured they have resources to turn to in the event of an emergency.

SAVE—the Suicide Awareness Voices of Education organization—states these warning signs (which we provide verbatim) mean you or someone you care for needs immediate assistance:

Connection and support are two primary suicide prevention factors. Here’s how to get help.

Finding the Resources You Need

As part of the National Suicide Hotline Designation Act, there’s now a three-digit emergency lifeline of 988 available in all 50 states. When someone calls, they have an immediate connection to trained counselors, intervention resources, and other assistance.

If you or someone you know needs help today, it’s available 24/7 for free through these services:

When you call 988 or reach out on the Crisis Text Line, here’s what to expect. Additionally, get help on the AFSP site if you’re having suicidal thoughts, have survived an attempt, if you’re worried about someone, or experienced another person’s death by suicide.

If you or a loved one has suicidal thoughts, please use the lifelines above for immediate attention. If you’re unsure of how to form more meaningful connections and are struggling with drug or alcohol abuse, our free continuing care communities groups through Georgia and the Southeast provide access to valuable resources.

Looking for a top drug rehab in Georgia? To find out more about services offered by Willingway contact us 24 hours a day at 888-979-2140, and let us help you get started on the road to recovery.