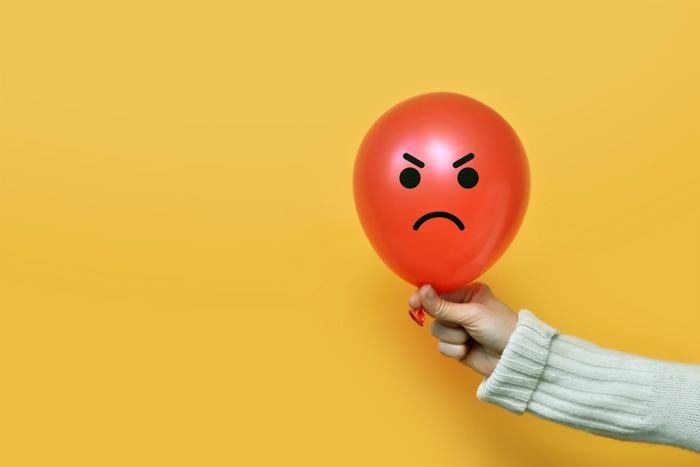 Individuals who strive for self-improvement and have the courage to seek treatment for alcohol use disorder (AUD) or substance use disorder (SUD) eventually uncover a number of reasons for their behaviors. One particular emotion that’s not only a root cause but also a symptom of substance use issues is anger.

Psychology Today notes that “anger is one of the basic human emotions, as elemental as happiness, sadness, anxiety, or disgust. These emotions are tied to basic survival and were honed over the course of human history.” The emotion of anger is also related to the “fight, flight, or freeze” response of the sympathetic nervous system.

It’s essential as humans to acknowledge all emotions. Sometimes, feeling angry is actually a good thing, because it might be the catalyst to essential change and growth, or fuel the need to speak out against an injustice.

Feeling angry doesn’t always present the same in every person. One individual’s mild irritation at a traffic snarl might spark someone else’s road rage episode. Why is this?

According to HealthyPsyche, anger is often a “secondary emotion”—people express anger when they actually feel one or more of the following:

So anger masks other stressors that the brain interprets as threats. It’s protection to an extent, but it keeps us from facing our true feelings. Anger is a frequent release valve for people with:

The Four Types of Anger

Most mental health professionals acknowledge four primary types of anger. Here’s how the University of California, Berkeley describes them:

With this framework, some experts believe there are additional specific qualities that further define anger, such as:

This breakout further demonstrates how no two individuals express anger in the same way. So just imagine how complex recovery can be for people of different backgrounds, life experiences, and inheritable traits when they are told “you’re angry” without any further guidance or exploration.

Having the ability to not only recognize the root causes of anger but also acknowledge how this secondary emotion prevents full health is a vital step in AUD and SUD recovery.

It’s not about feeling ashamed or guilty about the emotion, but rather accepting that it’s tied to unhealthy behaviors which are no longer welcome in a life of sobriety and improved well-being.

In 2020, Mental Health America indicated that of the people using its screening tools:

Considering that 2020 was an extremely troublesome year for many reasons, it’s understandable that people had emotional difficulty. But drug overdoses also reached a new high in the first half of 2020, implying that our ability to handle anger effectively might need professional assistance.

Cognitive behavioral therapy with an anger management component could be helpful for some people in addiction treatment. Providing a safe place to explore what angry feelings might be hiding—as well as the tools for channeling it effectively—allows people with AUD or SUD to move beyond the past and into a promising future.

At an inpatient treatment facility like Willingway, our dedicated team of professionals design a continuum of care plan specific to your needs. It’s a whole-person approach that encompasses all aspects of an individual’s life to find the right recovery solutions, which might include addressing aspects of anger. Learn more about our philosophy and methods by contacting a member of our admissions team.

Looking for a Statesboro treatment center? To find out more about services offered by Willingway contact us 24 hours a day at 888-979-2140, and let us help you get started on the road to recovery.